August always brings me to the annual backpack trip, and this year we headed off to southern Colorado to hike a section of the Continental Divide Trail, or CDT, one of the three border-to-border through-hiking trails in the U.S. We planned to hike from near Silverton, CO, to a trailhead near Pagosa Springs, CO…a distance of some 45 miles along the CDT.

The trailhead begins at Cunningham Gulch and crosses the Cunningham Creek on its way up 1200′ to an altitude of 12,000′ at the junction with the CDT:

Flowers along the CDT in the high meadows were spectacular, especially the columbine: 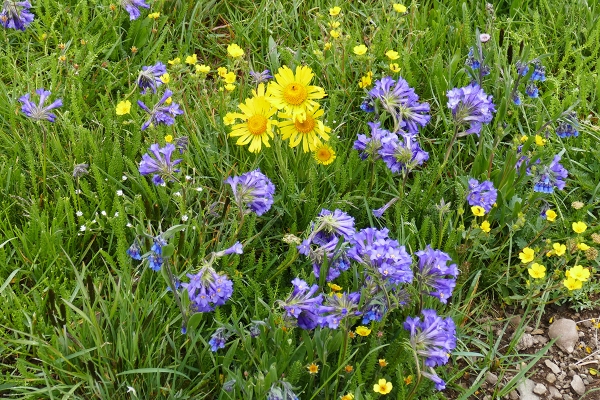 Once we gain the Divide at 12,000′, it’s time to make camp, just before the rains move in. The weather forcast before we hit the trailhead was for rain Saturday and Sunday, with a 100% chance of “monsoons” on Sunday, with flash flood warnings out…oh, well:

The next day, we head off on the CDT, with storm clouds looming, but an early start would mean we chould be able to get across the high country before the storms arrive:

As we approach Elk Creek the wildflowers become spectacular. We find ourselves walking through meadows where the flowers reach to our knees:

At the head of the Elk Creek drainage, I revisit memories of descending the switchbacks from the CDT down into the lower elevations to meet the narrow gauge train in 1993, some 22 years ago when we spent a week here, coming through Chicago Basin and across the Divide, to exit at Elk Park where we flagged down the train for a ride back to Durango: 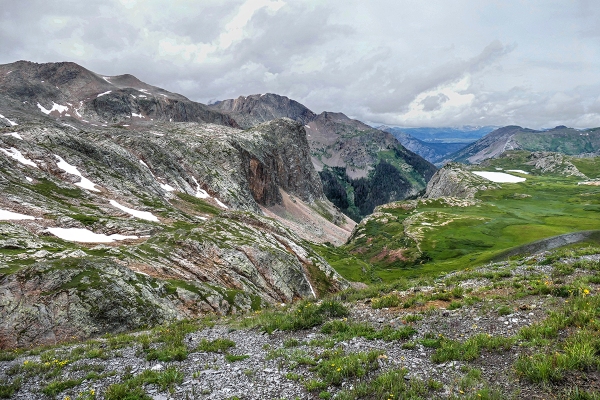 From here, we begin the 300′ climb over the pass, which in 1993 we named “Citrus Chicken Pass” after an awful freeze-dried food that we grew to hate on that trip, nearly as much as the climb over this pass at the end of a long, tiring day of climbing:

Once over the pass, we descend the 300′ to a bench above Elk Creek to Eldorado Lake, to make camp just before the storm rolls over the mountains:

After 16 hours of rain, being trapped in our tents from mid-afternoon until morning the next day, we emerge to find ourselves inside a cloud and zero visibility: 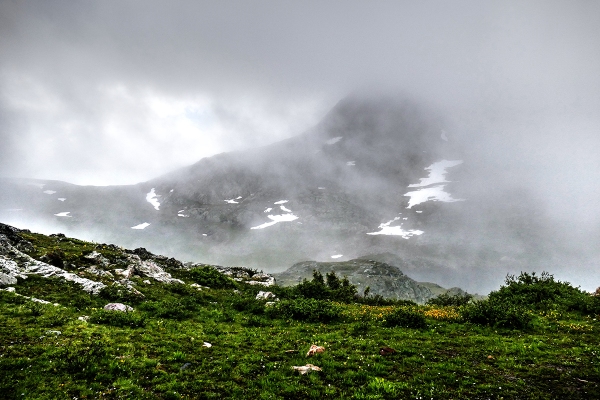 Within a short time, the clouds part and the skies turn blue, we break camp and ascend the 300′ climb back to the CDT, with a beautiful view of Eldorado Lake sitting on the bench above the Elk Creek drainage:

A couple of our friends that kept us company around camp: 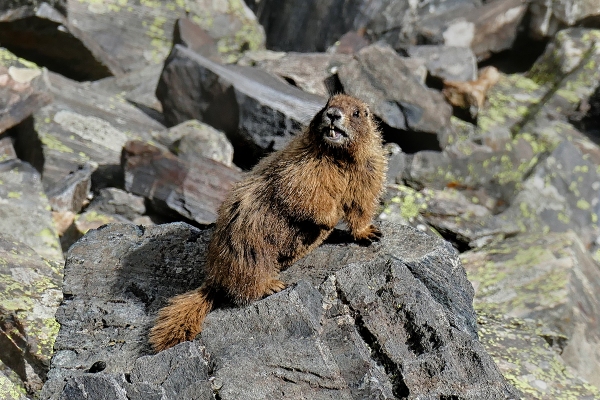 Upon return to civilization, we decided to spend a day riding the Durango and Silverton narrow gauge steam railroad:

Little did we know that we were going to witness one of the most awful toxic spills to impact this country in many years. A team from the EPA, trying to open an abandoned gold mine near Silverton, unleashed millions of gallons of toxic waste water trapped in the mine into the pristine Animas River. These photos, taken from the train at the time of the spill, show the “before” and “after” condition of the Animas River flowing down from Silverton to Durango and beyond: 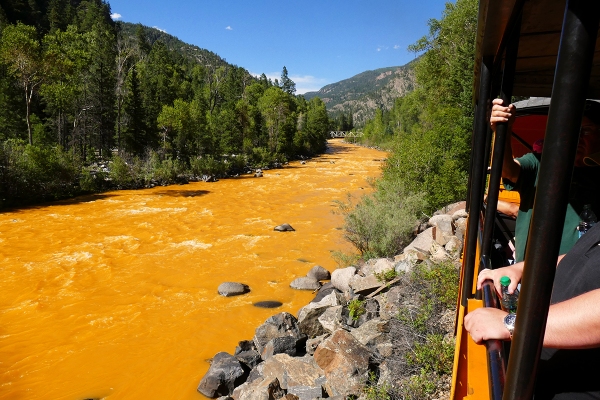 The list of heavy metals released into the environment includes tin, arsenic, copper, cadmium, calcium, iron, and sediment, among others. Statement from the EPA estimated 1-3 million gallons of waste…hardly the amount it would take to do this to a river. My estimates, based on CFS records of the USGS sites just below Silverton indicate a release in just the first 8 hours alone of 15-20 million gallons, with the release continuing for over a week at over a half million gallons a day. 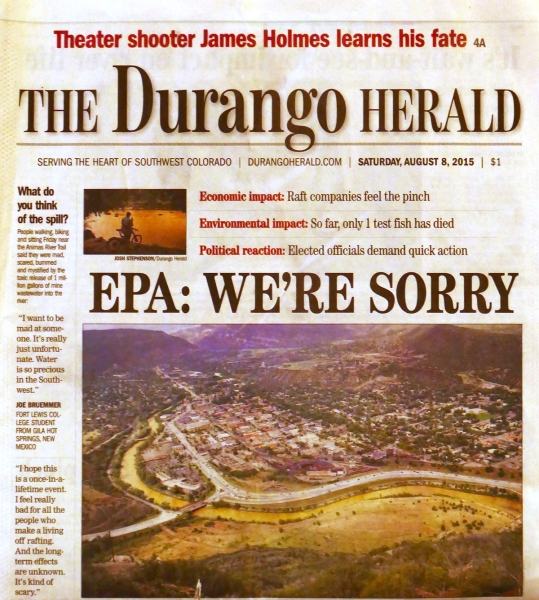 And so, it’s difficult to tie this trip up with a neat ribbon, but in the end, it was good to be back in Durango, Colorado.