It’s hot…really HOT.  So far this month the little weather station on my desk has topped 100 degrees every day.  Last month was the hottest June we’ve had in the 10 years we’ve lived in Marathon, TX.  But, it’s always cool up on the south rim of the Chisos Mountains, in Big Bend National Park.  And, with our annual backpack trip to America’s high mountains coming up in just 4 weeks, time to step up the training.  So, it was time to hit the trail, heat or no heat.

The temperature had already hit 98 degrees at the trailhead in the Chisos Basin, an altitude of 5400 feet, so this was extreme to say the least.  The first mile of the trail is dusty and hot as it winds through the juniper trees, which block any hint of breeze:

A Mexican jay seems to laugh at my folly, starting at mid-day with a backpack beginning the 2000 foot ascent up to my campsite on the south rim.

There’s always something blooming in the mountains, even this late in the season.  Chrysactinia Mexicana in full bloom: 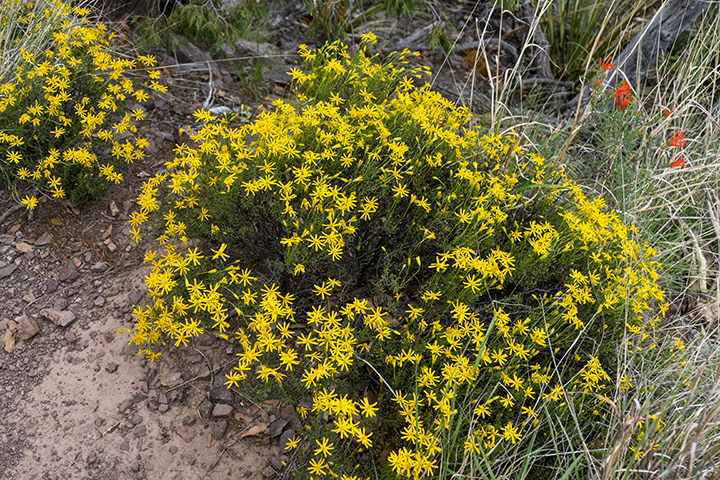 As I make the turn to head up Boot Canyon, at 7000 feet, the desert floor shimmers in the desert sun 4000 feet below, with the boot-shaped spire that gives the canyon its name visible at right, at the head of the canyon, and an agave, a century plant, nears full bloom in the foreground:

The usually dry Boot Spring is flowing with cool, clear water after recent rains up on the mountain: 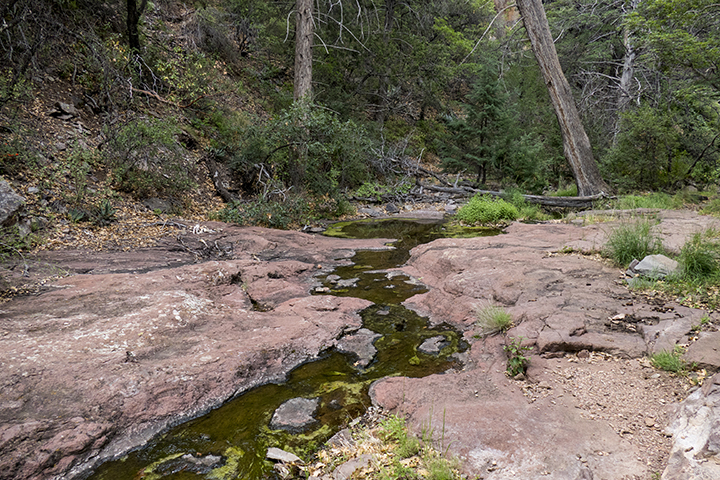 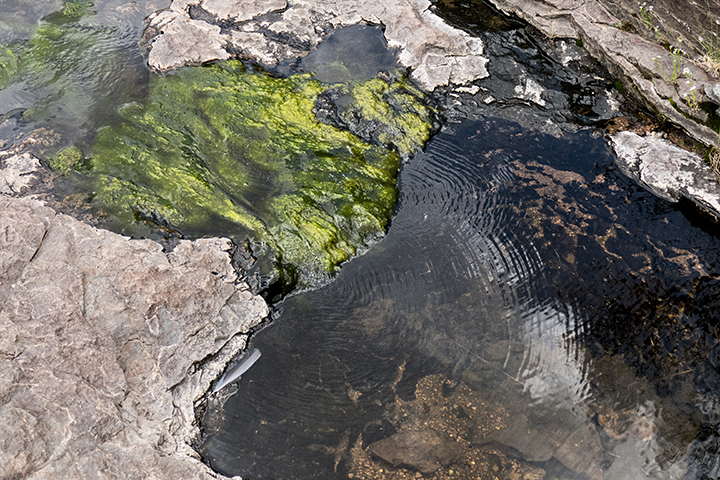 The water is abundant in upper Boot Canyon, and a Black-necked Garter snake pauses to ambush an unsuspecting entree:

A spotted squirrel stops to satisfy his curiosity:

By late afternoon I have reached the south rim, and the view off to the south, toward Mexico, is spectacular, with the landmark “Elephant Tusk” looming up from the desert below:

I step from the main trail down a side trail to my campsite, and just before I reach my spot where I’ll set my tent for the night, I am startled by a hiss that sounds like the air going out of a tire.  It can only be one thing, and my eyes quickly find its source…a Black Tailed Rattlesnake, just off the path about 5 feet from me:

At between 4-5 feet long and with a body the diameter of a baseball bat, his large number of rattles tell me that he’s a mature, large specimen with lots of poison in those big glands in the back of his head, so I carefully usher him off into a nearby pile of dead tree limbs, using a dead century plant stalk…a very long one.  He is an absolutely gorgeous animal.  I’ve never seen a rattlesnake at this altitude, and was not aware that they were found up here on the south rim, so my “age of innocence” has been crushed, and now I’m wary of every large clump of grass I pass (and will be from now on).  It seems these snakes love altitude and are found mainly between 4500 and 10,000 feet altitude. 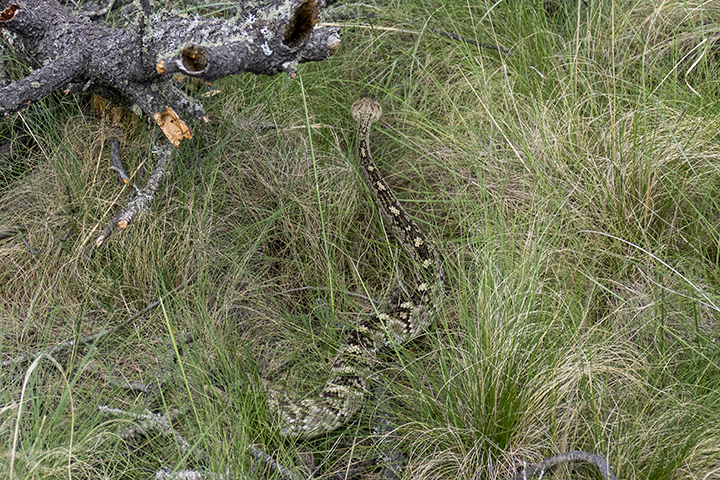 Another visitor to camp, this Chisos Whitetail deer stayed with me all evening and into the night:

Sunset from the south rim:

This being a short trip, I broke camp early and headed down to beat the heat.  Along the way, more summer blooms, beginning with this blue flax and its guests: 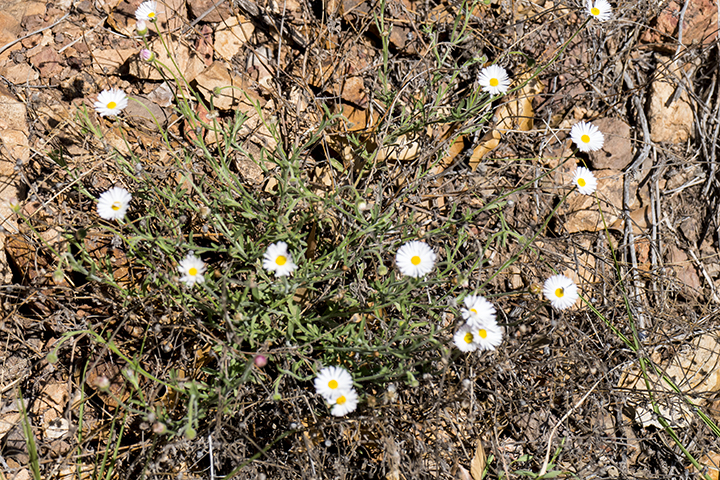 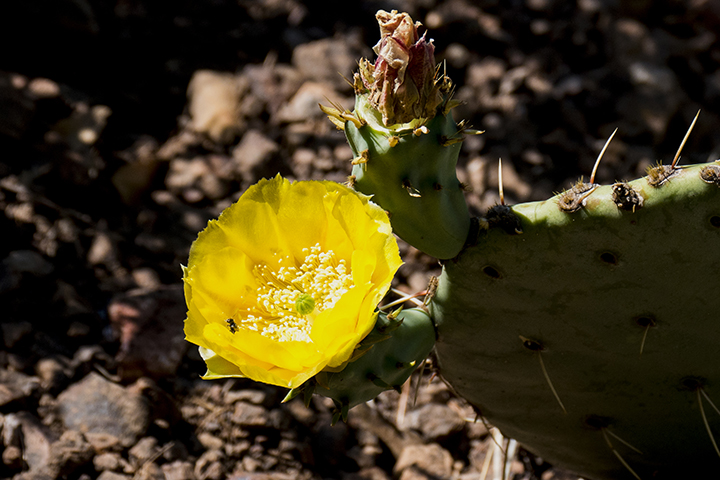 Even at stifling hot summer temps, the desert is full of surprises.  As Ed Abbey said, “get out of your —- car, get on your knees and crawl until they’re bloody…then maybe you’ll see something.”  So much to see.

3 thoughts on “The South Rim”