It’s that time of year again…when the bluebonnets begin to bloom…at least, in this part of the Big Bend of Texas. We headed south and west of Big Bend National Park to the small gathering of buildings on the banks of the Rio Grande River called Lajitas, Texas. History has revealed that the first of the huge Texas bluebonnets (Lupinus havardii) appear along the river road that runs from Lajitas to Presidio, Texas. These are not the same as the famous Lady Bird Johnson bluebonnets that are famed to bloom in central and north Texas in April, but a much taller strain of lupinus that grow to heights of 3-4 feet and bloom much earlier down here in the Big Bend.

Jodie & I set up camp at the Maverick RV Resort in Lajitas. This is a wild place right down on the border with Mexico that has seen its share of history, including a raid on the trading post by Pancho Villa in 1916 that brought General Patton and his cavalry here to rout the Mexican rebels and restore order. The first time we visited here 30 years ago the trading post still exibited bullet holes from that raid. W. McGuirk, the leading citizen of Lajitas from 1902 to 1917, operated the store-saloon, farmed, and helped manage the Terlingua Mining Company. He also funded the construction of a church and a school, the church still standing and restored to its original condition: 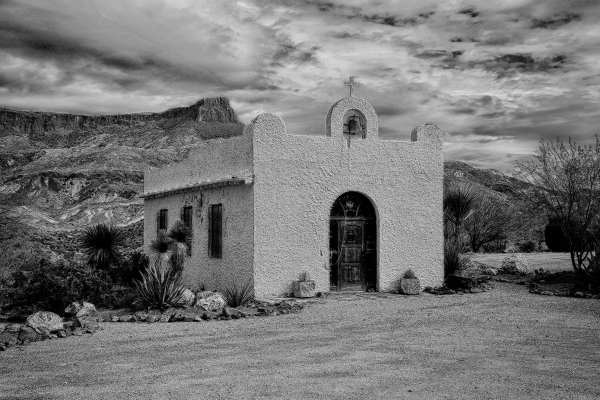 Just 10 miles up the River Road from Lajitas is the abandoned Contrabando Movie Set. This is a fantasy town built on the banks of the Rio Grande River specifically as a set for the movie Uphill All the Way, a 1985 movie starring Roy Clark. Eight other movies have been filmed here, including a 1996 movie Lone Star, starring Kris Kristofferson and Matthew McConaughey: 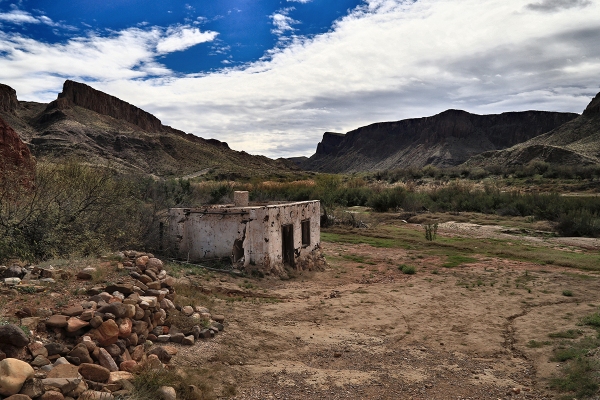 Inside the saloon, site of a major shoot-out in Lone Star: 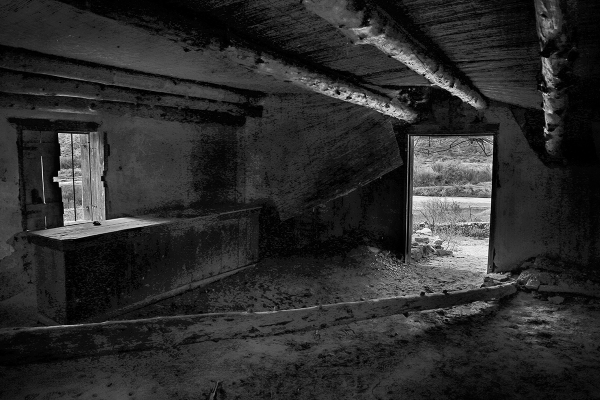 A few miles further up the River Road we reach Colorado Canyon, a beautiful slot where the Rio Grande cuts through sheer granite walls. This was the unfortunate spot where a couple and their guide paddling the river were shot in 1988 by Mexican teenagers, who were subsequently caught and prosecuted. One of the victims died of gunshots. There have been no other similar incidents on the river since: 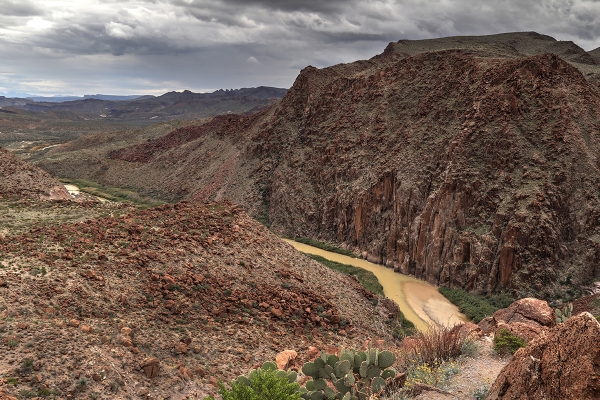 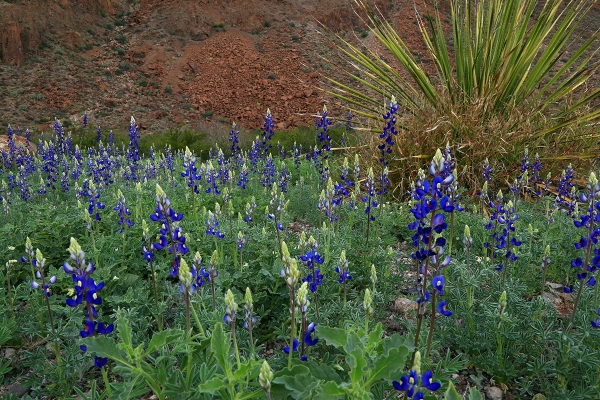 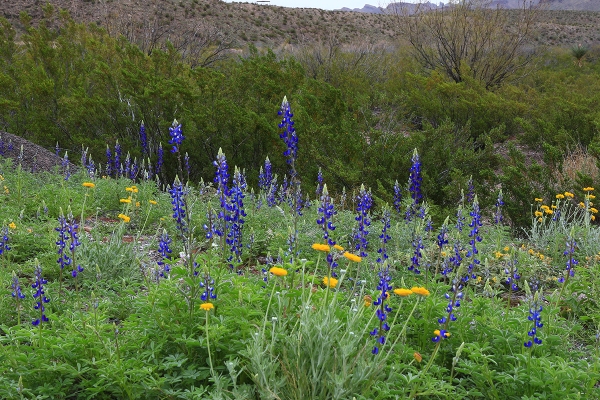 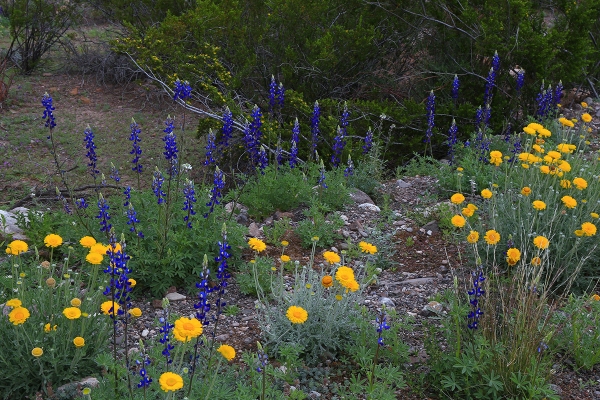 Even though the river is only 120 miles south of our home, sometimes it seems like another country. The ecology, the people, and the history are steeped in the tradition of a borderless region, where families and culture flowed seamlessly across the Rio Grande River for generations. It’s truly one of the few remaining wild places left in our country. Come visit…the flowers ain’t bad either.

3 thoughts on “On the Trail of the Bluebonnet”